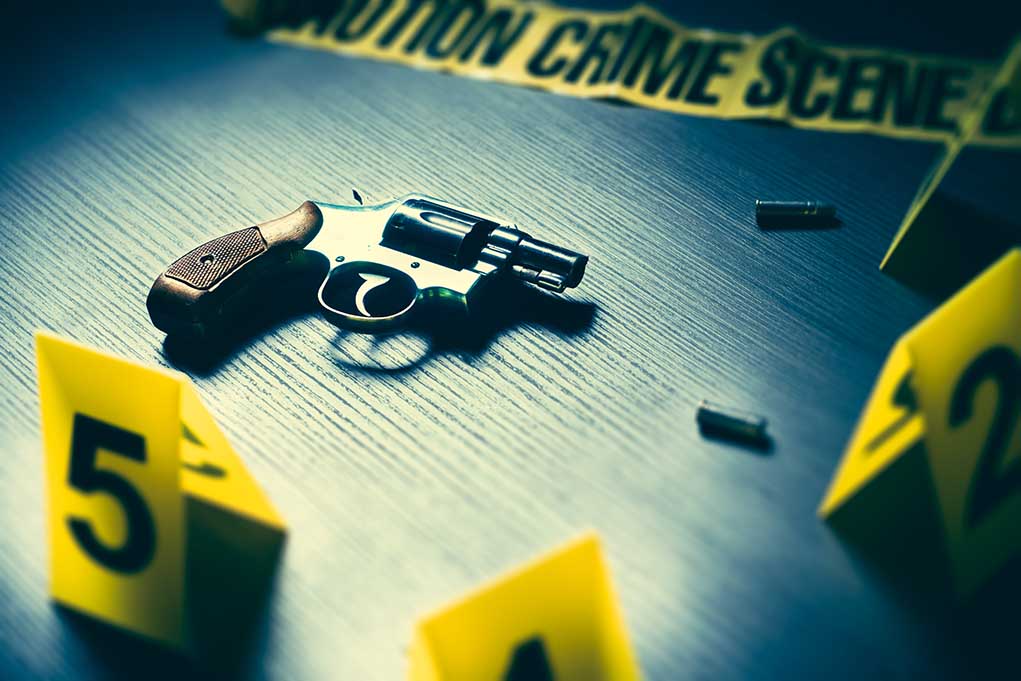 (ModernSurvival.org) – Often, the difference between life and death in a survival situation depends on split-second decisions. Taking too long to decide on a course of action leads to people getting hurt. Thankfully, a church congregation in Tennessee is blessed with a quick-thinking pastor.

Police said the suspect was sitting toward the front of the church when he pulled out the gun. That's when the pastor tackled the man, and he and other church members held him down until police arrived. https://t.co/eydTZ3os7Y

During worship services on Sunday, 26-year-old Dezire Baganda pulled out a gun and started threatening the congregation at the Nashville Light Mission Pentecostal Church. Not one to allow his flock to be bullied, the church’s pastor, Ezekiel Ndikumana, sprang into action, tackling Baganda.

Members of the congregation came to their pastor’s aid and disarmed Baganda, then held him until law enforcement arrived to arrest him. The suspect faces 15 felony counts of aggravated assault.

This story goes to show that one never knows when or where they may need to save a life — or fight to defend their own. This is why it’s important to know how to defend oneself. Just as the pastor above tackled the gunman, anyone can learn how to take an aggressor to the ground and control them.

Take Downs Anyone Can Use

While it is always good to avoid a fight if possible, sometimes an aggressor just refuses to be talked down. They could be drunk, under the influence of mind-altering narcotics or simply having a bad day and looking to take it out on someone. Regardless of why the person is attacking, knowing some basic self-defense moves will go a long way toward staying safe in this situation.

While many people think that a fistfight is two people pounding away at each other like professional boxers until one is unconscious, that is rarely the case. Anyone who has been in a real fight, or even watched one, knows that they rarely end with the opponents standing.

More often than not, fights end with both combatants on the ground in a wrestling match of sorts. Since most fights end up on the ground eventually, it’s a good idea to be the one in control of the fight’s progression.

In the following video, Green Beret Zee provides a couple of examples showing how anyone can grapple, take down and control an opponent:

As Zee explains in the video, the key to controlling an average opponent is to get hold of their hips. Once control has been established over the hips, the rest of the body follows.

The first takedown Zee demonstrates is how to take an opponent down from the side. To do this, one must first grapple face-to-face with their opponent, then wrap their arms around the torso. From this point, one swivels around to the side of the adversary, under their arm, so their hip is pressing against the abdomen. Next, lean all of your body weight on the foe’s hips to drive them to the ground.

Once on the ground, it’s important to keep them there. The first takedown will have them on their hands and knees — or the “table” position, as Zee calls it — which is an easy position to rise from. Again, this is where using bodyweight is key. Lay across the opponent’s back to make it harder for them to get up.

Since the goal is to keep them on the ground, it’s vital to break the legs of the table, so to speak. This can be accomplished by pulling on the ankle, should they attempt to plant a foot, or reaching underneath their body to tug an arm out from under them. Without both arms or legs stable beneath them, the opponent will be in a weak position and prone to strikes (if necessary).

It’s always best to avoid a conflict if possible, but it’s equally important to know how to defend oneself should the need arise. Of course, there is also the possibility of having a fight break out nearby, which comes with a whole different set of problems. For information on what to do when a fight starts near you, check out our article here.