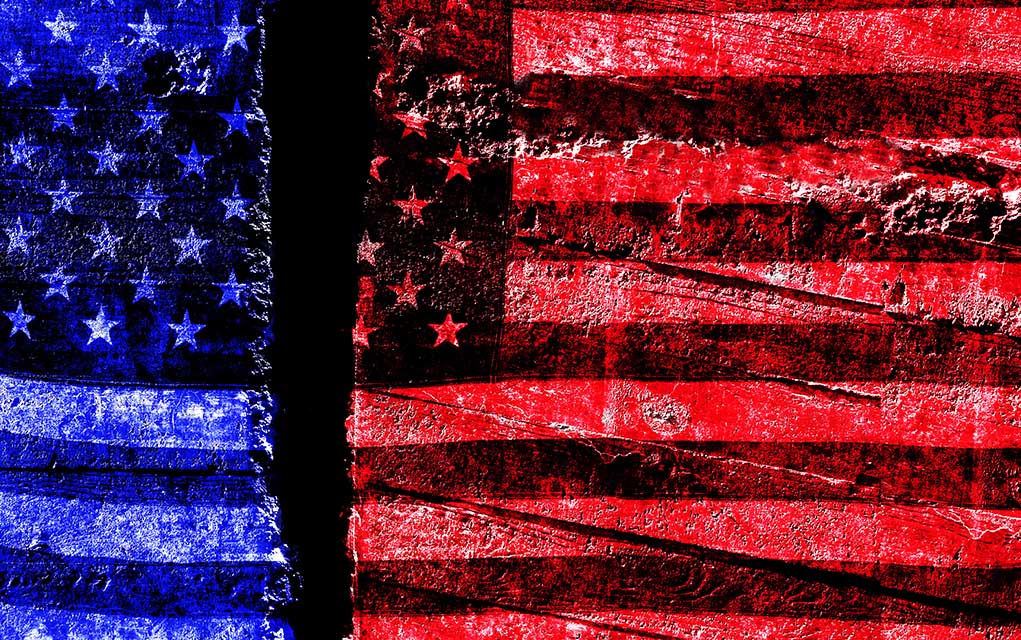 (ModernSurvival.org) – The political divide between the far-right and far-left seems to be reaching a boiling point. While there has always been strife between those on opposing sides of political extremes, recent comments from an attendee at Trump’s Iowa rally on Saturday sparked an unsettling trend on Twitter.

Reporting from the Trump Rally, in Iowa. "Civil War" is trending and it is coming from both sides. This country is SOOOO tired of do-nothing politicians! pic.twitter.com/GHoCR10TKI

The attendee, Lori Levi, spoke with MSNBC stating that she sees “a civil war coming.” Shortly after, the term “Civil War” began trending on Twitter, with both sides of the political spectrum chiming in on the idea.

Many may think the idea of a full-blown civil war erupting within the United States is far-fetched. However, when one considers the civil unrest that cost the nation billions of dollars in damage over the past couple of years, another civil war may be a real, and terrifying, possibility.

If a second Civil War were to break out in America, the consequences would be widespread and dire. Supply lines would likely be severed, leaving everyone to fend for themselves. This is exactly why having emergency supplies hidden away could become vital to survival.

How to Bury Emergency Supplies

When a massive disaster strikes, many preppers plan to bug out to a predetermined location to escape urban populations. While this is generally a good plan, it can be difficult to make it to a bug-out location — especially when making the trek on foot.

If the selected location is miles away, a standard bug-out bag (BOB) may not be sufficient to last the entire trip. This is why many preppers choose to bury emergency supply caches along the route to their evacuation destinations.

In a true SHTF situation, roads could quickly become congested or even impassible. Worse yet, if an electromagnetic pulse were to go off, the vast majority of modern vehicles would be inoperable. In either case, hiking to a bug-out location will become the only option. If that’s the case, it may become necessary to bury survival supplies.

How to Choose a Cache

Before building a container, create a list of what items it will hold. It will need to be large enough to accommodate the full range of survival supplies. For example, a simple ammo can won’t do the trick if a hunting rifle is on the list of items to bury.

After determining the essential contents, it’s time to settle on the size of the cache itself. While an ammo canister is just fine for a small stash of food and water, larger amounts of supplies (enough for a family on the go, for example), will require a bigger cache.

Since the plan is to bury the cache, obviously it needs to be constructed of something that will withstand both water and gnawing critters. PVC tube is a great choice, as it comes in a variety of sizes and is designed to be buried. Apply a tough, durable sealant to the end cap, and a perfect survival cache can be created.

Where to Bury the “Treasure”

The keys to successfully hiding a survival cache are to bury it where no one else will find it, and to bury it where you will be able to find it. The greatest emergency kit in the world won’t help if it falls into someone else’s hands, or it can’t be found when it’s needed.

Another possibility is to forgo burying the cache at all. Hiding it high up an evergreen tree, or even in a small cave are effective ways to keep it away from prying eyes. Additionally, if bugging in is the plan (as opposed to bugging out), hiding a cache in the backyard is one way to ensure supplies survive marauders or even government confiscation.

If bugging in is the plan, there are a few different ways to protect stockpiles from outside forces looking to take them. One is to use the cache method described above. To see more genius ways of keeping preps safe, check out our article on how to Protect Your Food In The Apocalypse.