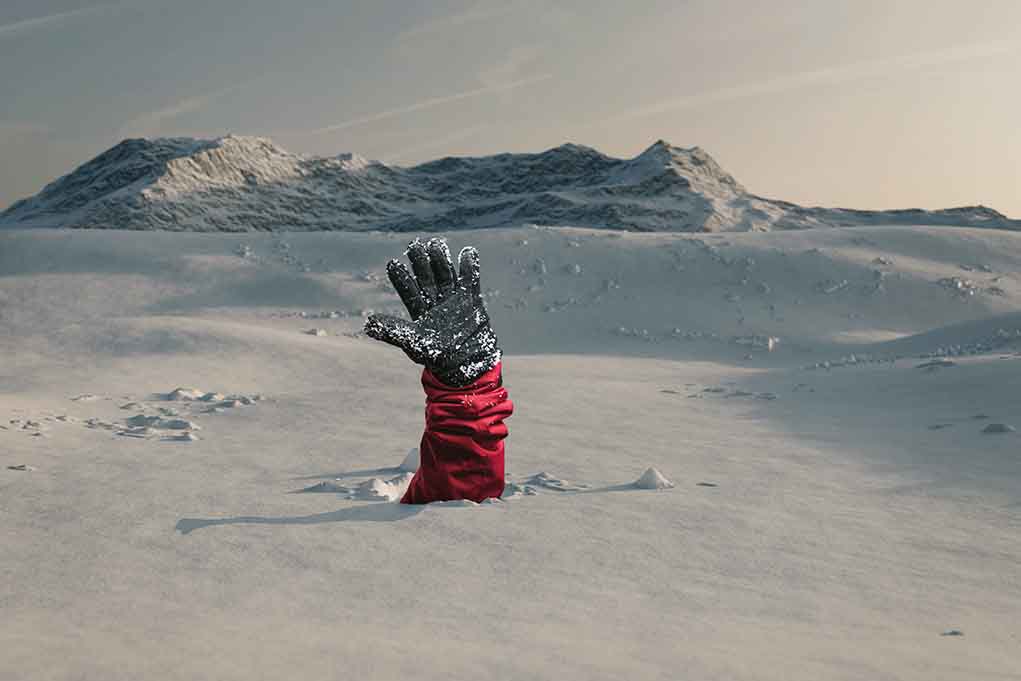 (ModernSurvival.org) – Christmas Eve was bleak this year for the family of a backwoods skier. The as-yet-unidentified man was enjoying the winter weather with a friend when tragedy struck.

An avalanche broke in South Diamond Peak, near Cameron Pass in Colorado on December 24, fully burying the skier. The snow separation occurred at approximately three feet of depth, across 150 feet of the surface.

The friend used a pole and transceiver to locate the buried skier, but by the time he was dug out, it was too late. The man’s body was recovered in a joint effort between Jackson County Search and Rescue and Diamond Peaks Ski Patrol.

This man’s death is a stark reminder that while winter sports are a lot of fun, they do come with a heightened level of danger.

How to Survive an Avalanche

According to the Colorado Avalanche Information Center (CAIC), roughly 27 people lose their lives each year due to avalanches. This may not seem like a huge number, however, one has to consider the fact that over 100,000 avalanches occur annually inside the United States.

Much like most disaster scenarios, the key to survival is preparation. In this case, it starts with staying informed. Before heading into an area where an avalanche may occur, check with an avalanche forecasting system to see if there is any danger there.

While this is a great first step, due to the nature of avalanches, the likelihood of one happening changes frequently, even by the hour. With that in mind, the next step is to bring appropriate rescue gear out in the field.

Next comes the gear. The most important items to carry in avalanche country are a probe pole, an avalanche beacon (transponder), and a shovel. The probe pole allows a person to “probe” the snow for a person buried beneath it. The transponder gives rescuers the ability to zero in on the location of an avalanche victim. Obviously, the shovel is used to dig a person out.

Granted, when trapped beneath an avalanche, a person only has a matter of minutes before they suffocate. This is why it’s vital to never enter avalanche country alone. A partner may be able to locate a person before it’s too late. Search and Rescue won’t even be dispatched until the victim has been missing (and likely dead) for quite some time.

When the Snow Starts to Fall

It’s important to note that avalanches move at incredible speeds, so outrunning one is highly unlikely. Instead, try to get out of the way, or at least to the edge, where the bulk of the snow won’t be. The snow doesn’t move as quickly toward the edges, and the odds of being buried in deep snow are far lower.

If avoiding the wall of snow isn’t an option, move so that the feet are pointed downhill. This will help to prevent blows to the head as the snow pushes the body across the landscape. Another option is to roll into a ball, tucking the head down as much as possible.

Once the avalanche comes to a stop, try to relax. Panic will only make a person use up the available oxygen faster. With a little luck, the snow won’t be too deep, or a rescuer will arrive quickly.

Avalanches are devastating, but they’re not the only threat that comes along with the winter months. To see how to survive another deadly danger of the cold, take a look at our article on hypothermia and how it affects the body.